One of the most impressive natural sights of Naxos is the cave of Zas and it is located at the mountain Zas. The mountain Zas it is considered to be the highest peak of Naxos and of all islands in Cyclades in general.

The name of the cave and the mountain as well, is Zas which is the ancient Greek dialect of the name of God Zeus. It is considered to be the spot where the God was worshiped. In fact, there is an ancient inscription carved on a rock, that proves that Naxians also worshiped Zeus as protector of their sheep.

The first exploration took place at 1962 and in 1994 brought to light interesting findings dating from the Neolithic to the Classical and Roman eras. Furthermore, the cave of Zas was used as a refuge during the Ottoman Sovereignty. Many of the findings are exhibited at the Archaeological Museum of Naxos.

At this point is worth mentioning that the inside of the cave of Zas will impress you as it is surrounded by stalactites and stalagmites as well as rare stone formations.

The greatest interest for the cave of Za is not its speleological value but the myth that surrounds it!

According to the Greek mythology, the God Zeus, was brought up in Naxos. He found shelter at the cave of Zas as he was prosecuted by his father, Kronus.  It is believed that he remained at the cave, with the help of his mother, Rhea, until the time he was ready to take of the reign of the gods. 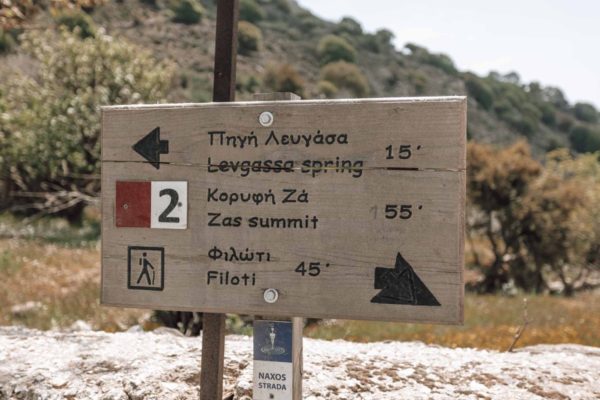 How to Get there

If you are interested in visiting the Zas cave, you can start from Aria Spring with its crystal clear and drinkable water. There are signs that will guide you to the cave of Zeus so you don’t get lost. Enjoy the path to the cave and hold your breath till you see the panoramic view from the peak!